[:es]The car that marked the revival of Toyota’s sportscar lineage will now give drivers even more of the agility, style and responsiveness they desire.

For this round, the detail-obsessed Toyota Gazoo Racing team brings enhanced handling and exterior aerodynamics, increased power and an upgraded interior. These changes earn it a Gazoo Racing badge, joining Toyota’s ever-growing, global sportscar line as the all-new 2022 GR 86.

With its wide stance and low center of gravity, the 2+2 rear-wheel drive coupe’s handling changes come in the form of front- and rear-frame reinforcements that increase rigidity. Functional exterior air vents were also added to further support steering stability.

Weight shaving details, like aluminum roof panels and fenders, also kept it at a nimble curb weight of just over 2,800 lbs.

The 2.4L naturally aspirated, horizontally opposed four-cylinder boxer engine, brings the power upgrade – increasing from 205 to 228 hp and from 156 to 184 lb.-ft. of torque on the manual version.

The power boost comes from tweaks like increased bore size, changes to the intake and exhaust systems, and optimization of the Toyota D-4S dual injection technology. Drivers will have the choice of a 6-speed manual (MT) or automatic transmission (AT). 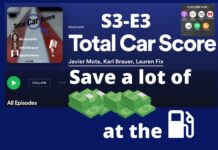 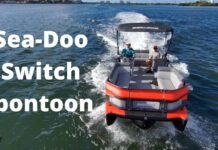 Sea-Doo Switch pontoon … finally on the water in Miami! 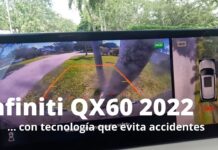