05More than two years in the making, Toyota and TRD (Toyota Racing Development) today unveiled the manufacturer’s Next Gen Car that will take to the track in 2022 – the Toyota TRD Camry – in the NASCAR Cup Series.

Toyota has been working alongside NASCAR, as well as the other OEMs, on the development of the Next Gen vehicles for competition.

The components of the Next Gen race cars are an unprecedented move for the sport, but one that looks to continue to evolve safety enhancements of the race cars and promote on-track competition.

Toyota, TRD (Toyota Racing Development, U.S.A.) and Calty Design have worked together to ensure as many body styling characteristics as possible are incorporated into the Toyota TRD Camry Next Gen so it resembles its production counterpart as closely as possible.

From the grill to the spoiler and everywhere in between, the Next Gen TRD Camry race car has the most body styling attributes to its production counterpart than ever before in a NCS Camry. This is a practice that Toyota and TRD have employed since the development of the 2013 Camry in NCS competition.

“There has been a substantial amount of work put into the Toyota TRD Camry Next Gen car by all of our partners, but specifically everyone at TRD and Calty Design,” said Paul Doleshal, group manager of motorsports and assets, TMNA (Toyota Motor North America).

“We’re thrilled to have the chance to showcase the TRD Camry to represent Toyota in the NASCAR Cup Series through this Next Gen project. This is our topline, track-inspired performance Camry and it seemed only fitting for it to take it’s spot on the race track.”

And since Tundra’s entry into the Truck Series in 2004, Toyota has claimed 204 victories and eight championships.

“For Toyota and TRD, we’re committed to the principle of continuous improvement and we believe that’s reflected in this Next Gen TRD Camry,” said David Wilson, president of TRD. “While we know the margins available with this new race car are smaller when it comes to adjustability, we know our race team partners and our team at TRD look forward to the challenge of learning about this car and discovering the performance opportunities that will help put the TRD Camry into victory lane.”

The Toyota TRD Camry Next Gen will make its debut as the 2022 NASCAR Cup Series season kicks off at Daytona International Speedway on Sunday, February 20, 2022.

The Toyota TRD Camry Next Gen will make its debut in the NASCAR Cup Series at 2022 Daytona 500 in February.

Toyota, TRD (Toyota Racing Development, U.S.A.) and Calty Design worked together on the body styling of the Toyota TRD Camry to closely resemble its production counterpart.

Specifications for the 2022 NEXT Gen Toyota TRD Camry 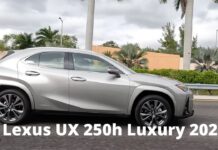 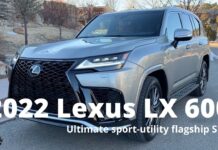 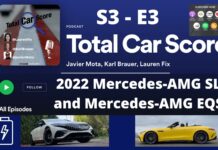